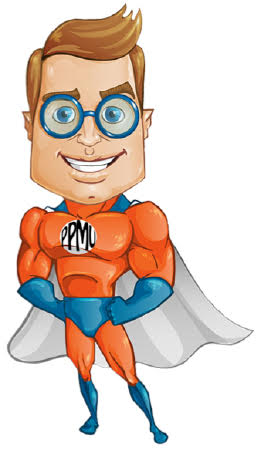 For most governmental organizations, the only way to be able to accomplish such capitally intensive projects is through the use of debt markets, in particular, bond issuances. Municipal bonds are a critically important financing tool utilized by states, cities, counties and other governmental entities for financing infrastructure projects in the United States, such as schools, highways, hospitals, water and sewer systems, and other projects that are for the general good of the public. In the electric utility industry, municipal bond financings represent the primary source of funding for public power infrastructure projects. These infrastructure project s include electric generating plants, from nuclear fueled to solar powered; transmission and distribution facilities; energy efficiency; and environmental controls. Interest paid on municipal bonds is typically exempt from federal and state income taxes, so consequently, the bonds can be issued at lower interest rates.

The Municipal Securities Rulemaking Board reports that over the period 2011-2013 there were in excess of 41,000 new municipal bond issuances, representing a cumulative $1.1 trillion of investment with an average issuance size of $27 million. There is in excess of $3.5 trillion in municipal bonds outstanding today.

As mentioned earlier, the energy infrastructure in the United States is in need of new investments. According to the Energy Information Administration (“EIA”), at the end of 2012, about half of the nation’s power plants and most of the coal-fired generating units were more than 30 years old. In addition, recent years have seen the retirement of many coal-fired generating units through a combination of sustained low natural gas prices and increasing environmental concerns. Current expectations are that both of these issues are likely to continue into the future. In its Annual Energy Outlook 2014, the EIA projects that nearly 60 gigawatts of coal-fired electric generation will be retired by 2020 [see Figure 1]. This represents about 20% of the coal-fired generation capacity as of the end of 2012. This generating capacity will no doubt need to be replaced with new generation in order to meet the growing demand for electricity. 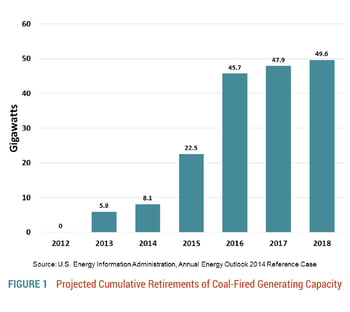 The projected continuation of low natural gas prices along with the projected coal-fired generating unit retirements, and an increasing premium placed on local generation through the evolution of the Regional Transmission Owners (“RTO”) market is expected to result in a growing demand for the construction of new power plants. The need for new traditional generating units will likely be scrutinized in an environment of increased focus on energy efficiency measures, climate change and environmental concerns, and emphasis on new or emerging technologies. New generation projects will need to be economically justified in light of all of the competing considerations.

The utility’s integrated resource planning (“IRP”) process will help to assess the need for demand and supply-side generation, and how proposed new generation fits into that overall process. This IRP process would include a focus on other power supply alternatives that will be considered during the planning process, and may involve issuing a Request for Proposals (“RFP”) for new power supply resources. To the extent the proposed new generating unit represents new technology; the IRP report should discuss such new technology and the expected implications of such on the projections of things such as construction and operating costs, operating performance, etc. In addition, the IRP report should disclose the assumed characteristics (operating, financial, etc.) of the generating unit in question. The IRP report should review and document the results of such evaluations and the selection of the generating unit that would need to be financed.

Once a specific generating project has been selected, an engineering report would be prepared relative to the feasibility of the project. The engineering feasibility report would support both the certificate of need that might be required by the local regulators as well as the bond issuance to raise the capital required by the new generating plant. The financial community relies upon an independent engineer’s industry experience and skills, which, along with the opinions or findings of the engineer contained in the feasibility study provide a level of assurance to potential bondholders, to the greater financial community, and the rating agencies. This assurance relates to the fact that there has been an independent review of the selection of the particular generating unit, how it fits into the utility’s power supply need and portfolio, and the projected costs and expectation of revenues to cover such costs. Underwriting banker representatives have been quoted as saying that, going forward, an even greater emphasis will be placed on the engineer’s industry knowledge in financings involving more technical issues, such as securing funding for new or emerging generating technologies.

The engineering report should convey the projected financial forecast relative to the new generating unit. It should address projected operations and maintenance costs, fuel costs, projected renewal and replacement costs, and any ancillary costs, as well as debt service, property taxes, etc. The report should include a projection of the revenues attributable to this generating unit relative to the projected expenses, and report on debt service coverage on the bonds being issued to finance the generating unit, sufficiency of rates and competitive considerations. Such financial projections are very important to the financial community and will also play an important role in assisting the rating agencies in arriving at their ratings for the bonds to be issued.

Successfully financing new generating units is a significant undertaking which requires a team of skilled and dedicated people, including the issuing utility’s staff, engineering consultants, bond and legal counsel, financial advisors, and underwriters.

Successfully financing new generating units is a significant undertaking which requires a team of skilled and dedicated people, including the issuing utility’s staff, engineering consultants, bond and legal counsel, financial advisors, and underwriters. This team is tasked with preparing the various offering documents, conducting presentations to rating agencies and investors, marketing and pricing the bonds, and finally closing the bond issuance.

The utility’s staff assists with document preparation and review, and may include personnel from the generation, load forecasting, and finance departments. Typically, underwriting counsel drafts the financing documents, while bond counsel reviews and confirms the utility’s authority to issue the bonds and their validity, and advises with regard to tax-exempt status. The utility’s legal counsel reviews the various financing documents and provides certain legal opinions relative to the bond issuance.

Planning and financing these investments will be a substantial undertaking. GDS urges public power municipal utilities to employ a thoughtful, well executed plan involving all of the key parties in order to achieve a successful development and financing of this new infrastructure.

The financial advisors provide guidance to the utility with regard to the financing structure as well as reviewing the financing documents. The engineering consultant typically provides the independent report containing analyses regarding feasibility of the project, its projected operating results, and certain financial metrics of the issuing utility. The underwriters purchase the bonds for resale. The rating agencies evaluate the investment risk on the bonds and provide a rating for the financial community to consider when evaluating the bonds. Arguably, the most important aspect of a successful financing is to obtain a favorable bond rating from the rating agencies. Higher bond ratings convert directly to lower interest cost on the debt being issued.

Given the age of the current generating fleet in the United States, the projected generating unit retirements over the next five years, potential carbon emissions regulations, and the increasing premium being placed on local generation, there will be more utilities considering building generation in the future. Planning and financing these investments will be a substantial undertaking. GDS urges public power municipal utilities to employ a thoughtful, well executed plan involving all of the key parties in order to achieve a successful development and financing of this new infrastructure.