Hydrogen: A carbon-free fuel for the utility industry

The electric utility industry is moving toward low- or zero-carbon electric production future with extensive integration of renewable energy and energy storage. Renewable generation’s intermittent production and inability to be dispatched creates challenges for the nation’s power grid, with potentially high penetrations of long duration energy storage. There remains a need for dispatchable, zero-carbon electric production resources to provide grid stability and hydrogen is considered to be the best fuel source to provide dispatchable renewable generation. Several electricity companies are already proposing pilot power generation projects using hydrogen as a fuel, such as Entergy Corp’s proposed 1.2 GW plant in Texas. Small modular nuclear reactors (SMR) are also seen as one potential option for carbon-free power generation and could potentially use its waste heat to improve hydrogen production efficiency. Fueling existing or new traditional electric generation technologies, such as combustion turbines (CT), reciprocating internal combustion engines (RICE), and fuel cells, with zero-carbon or renewable fuels are all possible strategies to consider in long term planning processes; however, for hydrogen to become a viable fuel source, significant advances are needed in production, fuel transportation, and physical storage.

Local government, State, and Federal efforts are underway that support technology improvements and carbon reductions. There are already 14 States that have enacted zero-carbon goals with many other states and localities having existing Renewable Portfolio Standard (RPS) and carbon emission reduction goals.

The Department of Energy’s (DOE) Energy Earthshot effort seeks an economy wide 50% carbon reduction by 2030 compared to 2005 levels and a net-zero target by 2050. The current administration’s carbon goals are driving a renewed interest in hydrogen, resulting in DOE activity and an industry wide investigation on what it will take to achieve that target. The recently enacted Infrastructure Investment and Jobs Act provides $9.5 billion in funding to the Department of Energy for research, technology improvements, and to construct hydrogen projects. The momentum being created by these industry and government projects, along with expected technological innovation, is resulting in hydrogen being a relevant fuel source in the near-term planning window.

RENEWABLES ARE NOT ENOUGH

Solar and wind generation resources generate electricity on an intermittent basis, even the best photovoltaic solar plants have capacity factors of less than 30% and wind generation plants have a capacity factor in the mid to upper 40% range. Coupling these generation resources with energy storage can provide around-the-clock electricity but requires significant overbuilding of renewable generation, a more robust electric transmission grid, and vast amounts of energy storage, requiring extensive capital investment.

As an example, the State of Georgia has growing deployments of solar power as a source of renewable energy. If Georgia, which had 139.3 million MWh in retail energy sales and a peak demand of 36,600 MW in 2018, were to rely exclusively on solar and energy storage for supplying 100% of its electricity requirements, it would need roughly 64,000 MW of solar production facilities and190.9 GWh of energy storage. But what happens in the summertime when there is excess solar generation and the batteries are fully charged? In that situation, solar output would need to be curtailed because the existing transmission grid does not have sufficient capability to transfer the incremental 27,400 MW of solar electricity (i.e., 64,000 MW less 36,600 MW). The opposite problem exists during the winter, that is, ensuring enough electricity when daylight hours are shorter. This is a simple example to demonstrate that having an immense amount of renewable resources and energy storage does not provide a cost-effective or reliable carbon-free solution.

Today, most hydrogen production, which is also the lowest cost hydrogen, uses steam reformation of natural gas, resulting in CO2 emissions. Carbon-neutral production technologies are gaining traction, such as pyrolysis (thermal decomposition of feedstock to hydrogen and solid carbon) and electrolysis (hydrogen from water). Commercial and industrial-scale demonstration projects have proven that hydrogen production processes are possible, but the lifecycle costs of these efforts are not commercially feasible for large scale applications.

Economies of scale will be key to reaching commercially feasible
targets which is at the beginning stages with planned developments of large-scale hydrogen production projects. The first large-scale combination of hydrogen production and fueled electric generation demonstration projects are currently being planned in the United States such as the Intermountain Power Project (IPP) in Utah, dubbed IPP Renewed. IPP Renewed construction is slated to begin in 2022 which will have 840 MW of hydrogen fueled combined cycle; an electrical transmission system linking IPP to Southern California; and on-site hydrogen production and long duration storage capabilities. 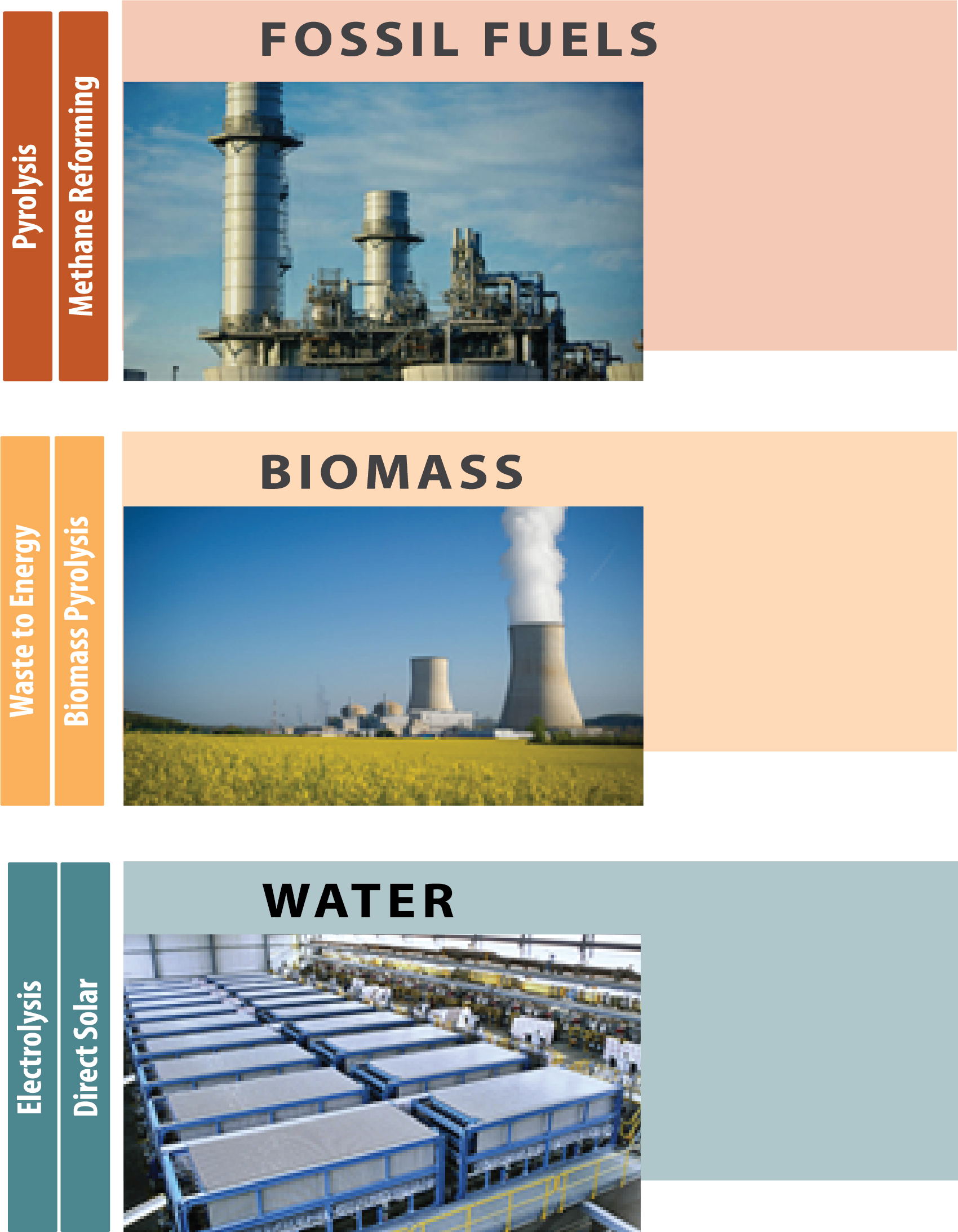 Since there are very limited pipelines dedicated to industrial hydrogen service, the primary way to transport hydrogen from a production site is by converting it into liquid form and transporting it via truck or rail. In addition to the cost of hydrogen liquefaction, transportation by truck or rail is expensive relative to natural gas, due to the low volumetric density of hydrogen and high compression costs. Existing natural gas pipelines could be the lowest cost method of hydrogen transportation, but existing pipelines can only transport a mixture of natural gas and hydrogen (up to 15%-20%) due to hydrogen effect on the pipeline materials.

To transport 100% hydrogen over existing natural gas pipelines, the pipelines need to reinforce against hydrogen embrittlement, improve leak detection and monitoring, and improve the compression technology – no small feat. In general, the transportation of hydrogen can add substantial cost which means that a more cost-effective solution may involve localized hydrogen production and storage.

Storing hydrogen efficiently, economically, and safely is necessary to make hydrogen an economical source of energy. As mentioned earlier, part of the hydrogen challenge is that it has a much lower energy density than natural gas. This means that all things being equal, 70% more storage is required for hydrogen to produce the same amount of energy as natural gas. Storing enough hydrogen to operate generation facilities means having access to large storage facilities and improved compression technologies. High compression and liquefaction costs can add substantial cost to hydrogen fuel so localized hydrogen production and use is often preferred. Having hydrogen storage facilities on-site or in close proximity to hydrogen generation minimizes the need to transport hydrogen over long distances, but also requires an on-site hydrogen production facility which all may be managed by the end-user or power producer.

Today, hydrogen can be used as a zero-emission fuel in fuel cells, as a replacement or blending agent in gas turbines, and can be stored on-demand fuel for energy storage applications. Much of the existing CT and RICE generators can be fueled by up to a 30% blend of hydrogen with natural gas, but they cannot burn pure hydrogen without modifications. Some of the modifications are needed because of the difference in hydrogen’s combustion characteristics, its effect on steel and seals, and changes needed in control technology. Manufactures of conventional power generation equipment are working on technical solutions to enable older equipment to be fueled by hydrogen.

With the growing RPS and carbon sustainability goals around the nation, coupled with the growing amount natural gas-fired generation, it appears likely that electric utilities will soon start blending hydrogen with natural gas as a way to lower their overall carbon emissions and that will drive continued investment in hydrogen production, transportation, and storage technologies.

Although hydrogen as a widespread fuel is several years away, the investments in infrastructure decisions and pilot projects are being made now. Hydrogen as a pure fuel source is 10-20 years away from fruition because of the technical challenges, but in the interim, there are industrial and power generation applications that will start driving more demand for hydrogen. In the near-term, hydrogen technology and infrastructure does not produce cost-effective economies of scale, and significant challenges remain. The momentum behind hydrogen is shifting now and over the next 5 to 10 years net-zero initiatives will require the use of this fuel source. Stakeholders need to be considering how hydrogen performance and forward cost curves will fit into their future generation portfolios.

For more information or to request a copy of GDS’s Whitepaper that examine this topic further, please contact: 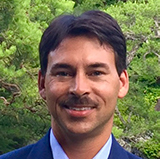 1The solar project’s size assumes100% of the solar output is used to meet Georgia’s electric load and/or charge the batteries, solar radiance is uniform throughout the year.