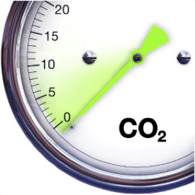 On June 2, 2014, the EPA released its highly anticipated, “Carbon Pollution Emission Guidelines for Existing Stationary Sources: Electric Utility Generating Units,” its preliminary regulations for greenhouse gas (GHG) emissions from existing power plants. Relying on language in Section 111(d) of the 1990 Clean Air Act Amendments, the EPA determined that the “best system of emission reduction” should not encompass just traditional “sources” (power plants), but the emissions of an entire state. With a target CO2 emission reduction of 30% from 2005 levels by 2030, the EPA set individual state emission reduction targets varying from 10.6% in North Dakota to 71.6% in Washington based on the viability of applying four “building blocks” in a bottom-up approach which considered each state’s existing generating fleet.
Proposed emission reductions vary by state and below are the 15 states with the GREATEST and 15 states with the LOWEST CO2 emissions reduction percentages: 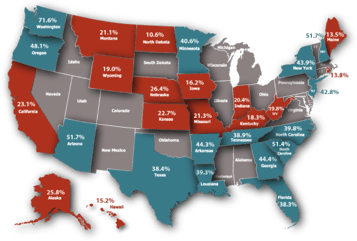 Interim goals have been established for 2020-2029. Full compliance is required by 2030. Each state’s goal has been stated as an emission rate which can be converted to a mass-based (total emissions cap) goal. This conversion is accomplished by multiplying the emission rates of re-dispatched coal and NGCC units (reduced by the heat rate improvements achieved by implementing building block 1 options) by the original amount of demand, then adjusting annually in 2020 and subsequent years for reductions in energy demand to calculate annual emission caps.

The Clean Power Plan was published in the Federal Register on June 18, and the 120-day comment period ends on October 16, 2014. The EPA will consider comments and issue a final rule in June 1, 2015. The States will then have one to two years (depending on whether they intend to join with other States in multi-state plans) to develop State Implementation Plans (SIPs).
While the EPA has outlined the four general compliance strategies, attaining compliance with the EPA-directed reductions has been left to the States. The States are required to file SIPs by June 1, 2016 (one year after the anticipated date of issue for the final rule) with permitted extensions to June 1, 2017 to allow the development of regional plans.

The EPA provided the following guidance for state plans: 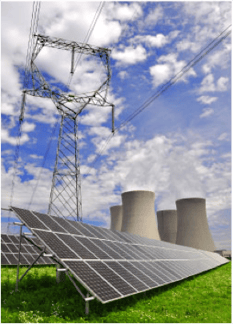 The ultimate administration and enforcement of the proposed rules will be driven by two factors: 1) the results of efforts by utilities, the chamber of commerce, coal lobbying groups, states and other interested/intervening parties that might contest or support the validity of the rule on both legal and technical bases, and the introduction of legislation to prevent, limit or expand the regulations of GHG emissions, and 2) the directives in plans developed by state agencies if all or part of the proposed rule is promulgated.

Legal challenges to the rules are expected to stress the belief that Section 111(d) of the 1990 Clean Air Act Amendments (CAAA) was written to address emissions from power plant sources “inside the fence” and were never expected to be applied to emissions from an entire state and to point to ambiguities created by having two versions of language passed inadvertently when the Clean Air Act was issued. Those in support of the regulations will likely point to the benefits achieved by applying a broad array of what they believe to be practical measures to treat the entire electric system as a source of emissions.

Technical arguments could include:

Initial analyses by some electric industry experts suggest that the rules, as written, could potentially cause power cost increases of 10-15 mills/kWH at current gas prices, though energy efficiency measures could offset some of that cost impact for participating consumers. The impact could be more significant if gas prices increase at a greater rate than that anticipated by the EPA due to fuel switching and increased combined-cycle generation. In addition, the power cost increase will vary by state and by utility based upon the types of generation resources currently owned and operated. Those states with a large amount of un-utilized natural gas combined cycle generation will be expected to achieve greater emission reductions through re-dispatch than states with very few options other than coal.

It could be beneficial for generating and non-generating utilities, nuclear and renewable project developers, demand side efficiency program implementers, and consumers to a) familiarize themselves and become actively involved in evaluating the impacts of the proposed rule and determine what, if any, steps they should take to support or oppose the rule, depending upon the particular impact(s) the rule may have upon their specific operating objectives, and b) ensure that state regulators and stakeholder groups are aware of these impacts and of any policy actions that might mitigate these impacts. Several states have already begun conducting stakeholder meetings and the remaining states are expected to follow suit.

Pages 302 and 303 of the proposed rule contain the following language:

“Some stakeholders have expressed concerns that municipal utilities and rural cooperatives can face other challenges as well. According to these stakeholders, in deregulated areas, even though these utilities may be fully vertically integrated entities, they may not have as much flexibility to control dispatch because they are operating in a competitive market, where they can be in a position in which they need to operate if called upon… Nevertheless, in recognition of stakeholders’ expressed concerns, we invite comment on whether there are special considerations affecting small rural cooperative or municipal utilities that might merit adjustments to this proposal, and if so, possible adjustments that should be considered.”

Given that the proposed rule expressly recognizes that municipal utilities and electric cooperatives may face unique challenges, GDS urges municipal and cooperative utility entities, as well as state industry organizations, to assess the impact the proposed rule will have upon current operating plans (including rates and ratepayer impacts), provide comments to the EPA expressing any concerns, review legal and technical arguments in support of or opposition to the proposed rule to determine whether their support of legal arguments is merited and/or worthwhile, and participate in stakeholder groups or as individual entities in the development of State Implementation Plans to ensure that their interests are considered and resulting targets are reasonable.