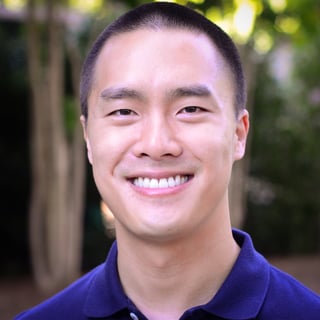 Daniel Burapavong started working at GDS in May 2001 as a co-op student in the Distribution Services department in the Marietta office. GDS was his first “real” job after high school. Today, Daniel is a Project Manager in the Rates and Regulatory department. He graduated from Georgia Tech in 2005 with a Bachelor of Science degree in Industrial and Systems Engineering. Daniel has worked on a wide variety of projects since he joined GDS nearly 18 years ago. He has worked on everything from load forecasting to production cost modeling. Recently, Daniel has been heavily involved in return on equity analyses for utilities under FERC (Federal Energy Regulatory Commission) jurisdiction. He developed various financial models to determine what the appropriate return on equity should be for several utilities.

What has working at GDS taught you?

Working at GDS has taught me that there is not a “one size fits all” approach to meet our clients’ needs, even if projects are similar. Every client and project are different, and each comes with its own unique set of issues.

What are you interested in your field of work?

What do you enjoy doing on your day off?

What is your favorite place you’ve traveled?

Do you have a favorite movie or T.V. show?

I like too many movies to name. Within the last couple years, I enjoyed Avengers: Infinity War, Star Wars: The Last Jedi, and Blade Runner 2049. I’m a big fan of the James Bond movies. My favorite TV shows are Breaking Bad, Twin Peaks, Game of Thrones, and Westworld.

Do you participate in any sports or extra-curricular activities?

Tell us a little bit about your family and friends:

I proposed to my fiancée Rebecca in June 2018. We’re getting married at the Swan House at the Atlanta History Center in May 2020, just two weeks after she graduates from medical school!