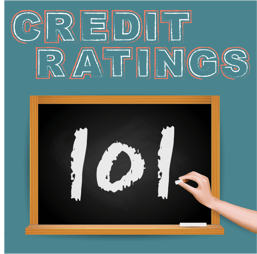 In recent years, credit has come to the forefront within many segments of the US economy, including energy markets. Whether dealing with RTOs, lenders, contractual counter parties, or even customers, credit is increasingly becoming a major factor in deciding whether, and/or how, to transact with a particular party, and often impacts the terms and conditions of such a transaction. When evaluating the credit risk of an entity, credit ratings are often used as a basis of determining its credit quality or creditworthiness.

What is a Credit Rating?

Rating agencies, of one type or another, have been providing ratings to investors since the early 1900’s. In the mid-1930’s, the government decreed that banks could hold only investment-grade securities. This action initiated the delegation of risk assessment from regulators to rating agencies. Since then, increased regulatory requirements have forced banks, insurance companies, mutual funds, and other financial institutions to pay considerable attention to bond ratings. In 1975, to prevent just any company from selling investment-grade ratings to the highest bidder, the Securities & Exchange Commission designated Moody’s, S&P, and Fitch as the only rating agencies that may be used to satisfy creditworthiness regulations. Companies pay these agencies to rate them so that the companies can access the capital markets for debt and equity.

Rating agencies determine and rate the creditworthiness of companies that issue public debt as well as the debt itself. The agencies conducts a fairly extensive analysis of a company to arrive at a rating. This analysis includes, but is not limited to : interviewing company executives regarding finances, operations, and management plans; assessing the business risk and competitive position of the company in relation to its particular industry; and evaluating a company’s financial risk by analyzing financial policy and characteristics, profitability, capital structure, cash flow protection, and financial flexibility.

Moody’s S&P, and Fitch, all use letter-based rating systems. Figure 1 provides a summary of their rating symbols and associated definitions. 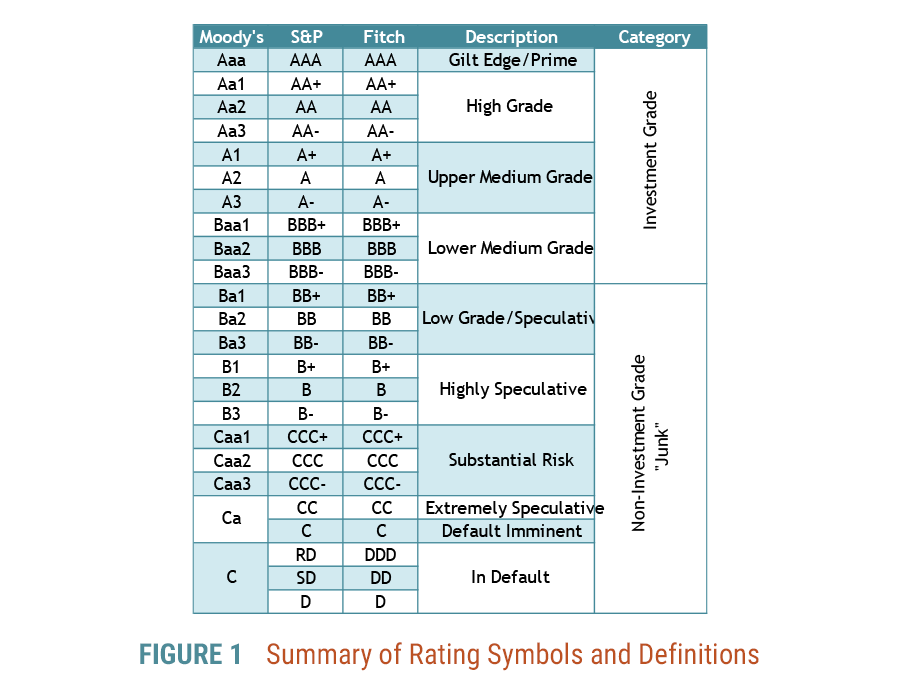 How are ratings used? Obviously, ratings are used to help determine the creditworthiness of a company or its debt. Ratings also play a role in determining the interest rate at which a company issues debt, as well as the price at which the debt publicly trades. Credit ratings are also used by investors, lenders, and contractual counter-parties as an important factor to assess the financial health and creditworthiness of a particular company. For example, the Rural Utilities Service (RUS) uses credit ratings as a means to allow its borrowers to convert from a traditional mortgage security instrument to an indenture by requiring investment grade ratings from at least two of the rating agencies.
Ratings are also used in various types of contracts as benchmarks to ensure proper credit quality between counter-parties. For instance, many contracts include material adverse change clauses that state if a particular party is rated and is downgraded by one or more of the rating agencies, additional credit support must then be provided, which may take the form of collateral, a parent guaranty, a surety bond, etc.

Ratings…play a role in determining the interest rate at which a company issues debt, as well as the price at which the debt publicly trades. Credit ratings are also used by investors, lenders, and contractual counter-parties as an important factor to assess the financial health and creditworthiness of a particular company. 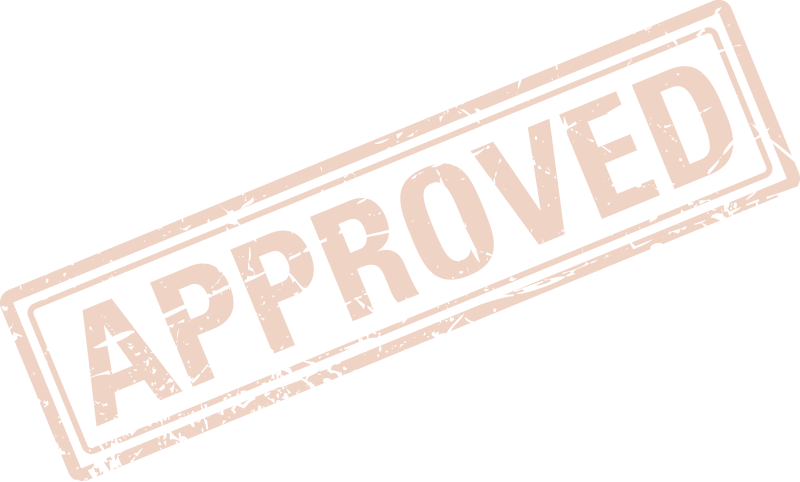 The Significance of an Investment Grade Rating

Credit ratings can be a useful tool in determining the relative creditworthiness of a company as compared to its industry peers. The analyses and assessments conducted by the rating agencies provide useful information and insight on the credit risk associated with a particular company. However, as mentioned above, credit ratings provide no guarantees. Ratings are simply a prediction of how likely a company is able to meet its financial obligations based upon the credit assessment of the rating agencies. As evidenced by the subprime mortgage fiasco in 2008, there is no be-all and end-all measure in determining the ultimate creditworthiness of a company, and credit ratings are no exception. 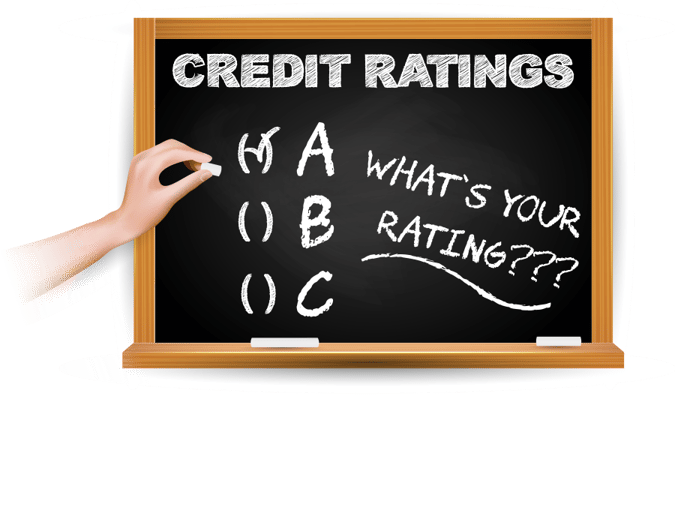