Overvoltage protection, often called lightning protection, plays an important role in the design and operation of an electric system. Power distribution systems are asked to perform flawlessly in some of the most hostile weather environments. For many areas in North America, 20% of all power outages can be directly attributed to lightning. Not only does lightning cause an inconvenience to a customer, it typically damages utility electrical equipment as well as potentially, retail customers’ personal residences and electronics. Good lightning protection helps save equipment and reduces outages; while inadequate lightning protection costs money.

In 1749, Benjamin Franklin invented a pointed lightning rod conductor, also called a “Franklin rod,” as part of his groundbreaking exploration of electricity. The patent on Franklin rods was later improved upon by Nikola Tesla. Today Franklin Rods are still used on new buildings for lightning protection. These early inventors understood a lightning as static electricity which could to a degree be directed safely to earth. In order to protect the electric system from lightning, an understanding of what lightning is and how it discharges is required. During thunderstorm conditions, the positive charges in a cloud tend to migrate toward the top of the cloud while the negative charges concentrate in the bottom. A thunder cloud can be 6 to 7 miles tall, which gives it the capacity to generate a tremendous charge, measured in millions of volts.

When a lightning discharge occurs, electrons flow in the plasma of the lighting. This flow of electrons is commonly referred to as an electrical current. This electrical current is an extremely fast wave of energy. Peak current will occur in 8 micro- seconds (0.000008 seconds or 8 µs). These fast moving waves require lightning arresters to operate extremely fast when subject to a current/voltage surge. Further failures of components on the system occur nearly instantaneously. 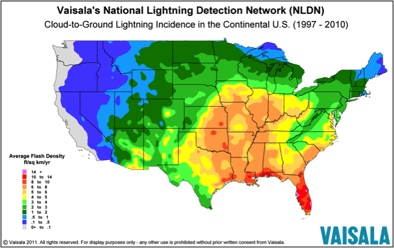 The frequency of lightning will determine influence an electric utility’s investment in lightning protection. For many years a lightning detection network has been deployed in North America. These networks use AM radio frequency to provide detailed ground flash density maps measured in ground flashes per square kilometer per year. In addition this network can provide the date, time, location, number of strokes, and estimated stroke peak current. Figure 1 is an example of the ground flash density for the United States for a period of 1997-2010.

Lightning Strikes to a Distribution Line

Lightning can strike a distribution system in one of two ways. It can strike an object in close proximity to the line resulting in an induced strike, or it can strike directly on the line. Induced voltages are more common than direct lightning strikes. A direct lightning strike to a line will likely result in peak voltage exceeding 1,000 kV which exceeds the typical 300kV insulation voltage of most distribution lines resulting in an insulation flashover which is often described as a ball of fire on the top of the pole. 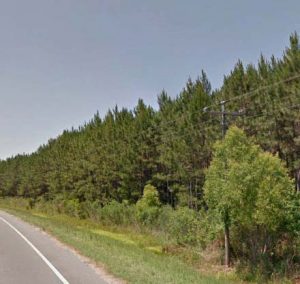 Because utility poles are not always the tallest structures in the area an electric utility system is more likely to experience an induced strike. Tall trees will shield power lines from direct lightning strikes. A roadway with a power line at the edge of the road right-of-way with a line of trees adjacent to the power line is an example of shielding. Research has shown that a row of 66-foot tall (20m) trees located within 50 feet (15m) of a pole line will provide nearly 100% shielding (i.e. no direct strikes to the power line). However, shielding provided by trees does not mean a flashover will not occur. Lightning can induce voltages onto the distribution system when the lightning strike is near the distribution line. An average lightning strike with 30,000 amps striking an object 100 feet from a theoretical distribution line can induce 350 kV on to the distribution line.

By designing a high level of critical impulse flashover voltage (CFO) of a structure, it is possible for the structure to withstand induced voltage surges from lightning. In general, the goal is to maintain at least a CFO of 300 kV. However, areas with poor soils characterized as having high impedance, will require a CFO closer to 420 kV.

The CFO is a combination of the insulation capabilities include porcelain insulators, wood, fiberglass, and polymer insulators. Each element has its own insulation strength for fast traveling lightning surges. When the different insulating components are used in series it is important to remember that the resulting insulation is not simply the sum of each component’s insulation level.

Obviously, increasing the CFO will improve the lightning performance for both direct and indirect lightning strikes. It is important to properly design the distribution system to maximize the CFO from each element. For example, a simple 12 kV tangent structure where the pole top insulator is in series with 30 inches of the wood when measured from the bottom of the metallic pole top pin to the grounding conductor at the neutral attachment can have a CFO of 285 kV. However, grounded down guys are major factor in reducing a structure’s CFO because they are generally attached high on the pole near the phase conductor. This reduces the amount of wood insulation between the phase associated hardware and the grounded down guy. When a grounded guy is attached 15 inches from the phase associated hardware the CFO is reduced to 195 kV. A better design option is to install a guy strain insulator which will increase the CFO of the structure to 300 kV. This simple addition greatly improves the ability of the structure to withstand a lightning flashover. 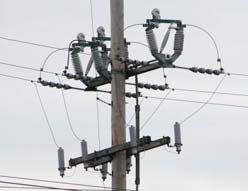 Adding lightning arresters will further help mitigate flashovers. The closer together the arresters are located, the shorter the distance the current surge has to travel and therefore develops a lower voltage surge magnitude. Lightning arresters can greatly reduce flashovers from induced lightning surges. A spacing of 1,600 feet (every 4th or 5th pole) provides nearly an 80% reduction in flashovers as compared to a line without surge arresters. Decreasing the spacing to 800 feet (every 2nd or 3rd pole) doubles the investment in arresters with little improvement in system performance. For direct lightning strikes, the lightning arresters would have to be placed on nearly every pole to prevent the voltage from exceeding the CFO of the structures.

The combination of a high CFO (greater than 300 kV) coupled with properly spaced lightning arresters will greatly reduce the number of outages caused by lightning. The need for additional lightning arresters and high CFO levels is dictated by the ground flash density where the line is located and the desire to reduce lightning caused outages. 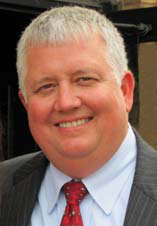