What does the ransomeware attack on Colonial pipeline mean for the future of critical infastructure protection?

On May 7th, Colonial Pipeline was forced to shut down operations as a result of a ransomware attack. The shutdown lasted until May 12th and the effects of the shutdown were felt long after. Colonial Pipeline supplies 2.5 million barrels of fuel daily to the southeastern US. This accounts for about 45% of the fuel for the region and resulted in massive fuel shortages which lasted for weeks.

The gas industry, as well as others who are part of the critical infrastructure, are extremely vulnerable to cyberattacks. Many of the different industries that make up the critical infrastructure do not have any regulations in place to protect against these kinds of attacks. The attack on Colonial Pipeline was not even trying to disrupt pipeline operations. The group that targeted Colonial Pipeline saw them as an easy target, and just wanted to make money. However, Colonial Pipeline did not have their operations network properly segregated from their business network and an attack on the business network resulted in a complete shutdown of their operations network.

Many critical infrastructure industries, including the natural gas industry, do not have the same regulations as the electric power
industry. The electric power industry has an entire set of cybersecurity standards, the NERC (North American Electric Reliability Corporation) CIP (Critical Infrastructure Protection) Standards, that they must follow in order to prevent this type of occurrence. These standards exist today as a result of the 2003 northeast blackout, which left over 55 million people without power. It is only a matter of time before similar measures are going to be put in place across all industries that make up our critical infrastructure.

Natural gas and electricity go hand in hand and if something effects the gas supply, it will also affect electricity generation. The February 2021 events that unfolded in the South-Central region of the United States were caused by cold weather and drastically affected the ability of natural gas suppliers and pipelines to deliver gas to electric generation. But if a cyberattack were to impact the gas pipelines in the same way, that in turn would similarly cascade into additional critical infrastructure, such as the electric grid. If we want to protect our electric grid, then it makes sense to protect our gas pipelines as
well since these systems do not work in isolation and are all co-dependent.

On May 12th, President Biden signed an executive order designed to improve the nation’s cybersecurity in order to protect critical infrastructure and the Federal Government networks underlying the nation’s economy and way of life. The goals of the executive order are as follows:


From this executive order, we can see that the increase in
recent cyberattacks warrants additional measures to be taken in cybersecurity, specifically surrounding supply chain and incident response. This is the second time President Biden is addressing supply chain, following the previous executive order signed on February 24th. NERC’s most recent additions to the CIP Standards included adding in a Supply Chain Risk Management Standard and improving the current Incident Response Standard. Additional agencies within the Federal Government are also starting to see an increase in cybersecurity regulations.

Over the past few years, the world has seen a dramatic increase in both cyberattacks and more specifically, ransomware attacks. Just recently, Kaseya, an information technology firm, was hit by a ransomware attack. This single attack has affected around 800 to 1,500 businesses around the world. Back in 2020, SolarWinds, an information technology and software development firm, was also hit with a major cyberattack. This attack affected around 18,000 SolarWinds customers, including the US Department of
Homeland Security.

The US was hit with over 65,000 ransomware attacks in 2020, and that number is only expected to continue rising. The rise in
popularity of Bitcoin and other cryptocurrencies is also making it easier for attackers to demand and receive ransom payments outside of the traditional financial institutions. Colonial Pipeline paid its attackers around $4.4 million in order to get their systems back under their operational control. The group behind the Colonial Pipeline cyberattack, Darkside, specifically targets hospitals, schools, non-profits, and governments. They are not alone, these targets typically have less cybersecurity protections in place, have neglected IT staff and infrastructure, and can afford to pay out larger sums in order to regain control of their systems.

The continued proliferation of ransomware attacks will hopefully push other industries classified as critical infrastructure protection to implement cybersecurity regulations. The NERC CIP Standards, which were developed for use to regulate the electric power industry were based around the NIST SP 800 series. NIST is the National Institute of Standards and Technology. It is a physical sciences laboratory and a non-regulatory agency of the United States Department of Commerce. For entities looking to increase their cybersecurity protections, this is a great place to look for guidance. Specifically, the NIST SP 800-53 Security and Privacy Controls for Information Systems and Organizations, provides a good baseline catalogue of security and privacy controls to follow.

NIST SP 800-53 was originally created in order to help improve the security of the information systems used within the federal government but has since been expanded to include non-federal information systems. The controls are broken up into low, medium, or high classes based on impact level. These controls are placed in 20 different families within cybersecurity. The control families include: 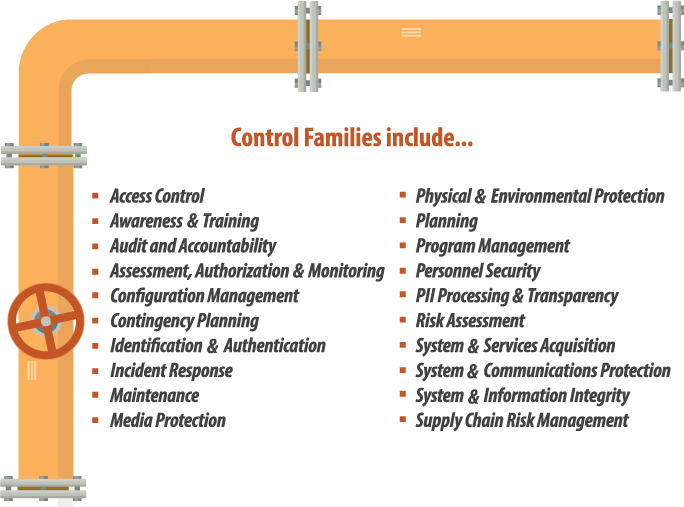 Implementing even the low impact controls across all of the control families will drastically improve cybersecurity protections.

Another great resource for preventing these kinds of attacks is
GridSecCon. GridSecCon is an event put on by NERC every year to help entities with their incident response and recovery procedures. They put on a simulated widescale event that emulates a cybersecurity attack against the critical infrastructure in the US. Entities are supposed to coordinate and work together with one another, working through their individual incident response processes and eventually recover from the simulated event. This event started out as a tool for electric utilities to better know their incident response procedures, but has since expanded into a more widescale event that encompasses more critical infrastructure and also includes the addition of gas industry participants. 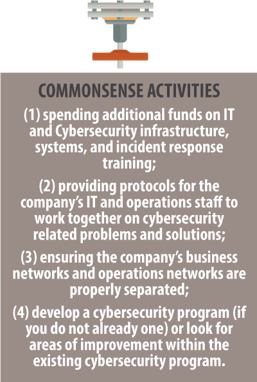 Some commonsense activities also include:


James Fenstermaker is the Cyber Security Lead Project Consultant at GDS Associates. He works with Clients throughout the United States to develop and assess their cyber security programs and practices. 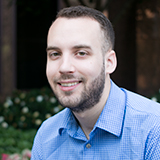